Where did you grow up in Singapore and what are your best, fondest memories?

I grew up in an area of Singapore called Bukit Timah – it’s pretty much the middle of the island and it’s kind of one of the last remaining really leafy neighbourhoods where there are houses because 95 per cent of Singapore are high-rise apartments so I think I was very lucky in having this very ‘Huck Finn’ childhood where I grew up in a home with a big garden where I could just run around and climb trees and run around on my bike with my neighbourhood gang of friends. It was very normal in that way.

And gosh, childhood memories. Where to begin? So many lovely things happened in my childhood, you know. Just it’s great when you grow up in a family that eats five times a day so it’s great to be taken out in your pyjamas at 10pm for dessert and to find yourself in some amazing restaurant called, I think there was one place called The Ice Palace where they had these amazing chocolate sundaes that you could have at 10 o’clock at night. How’s that? 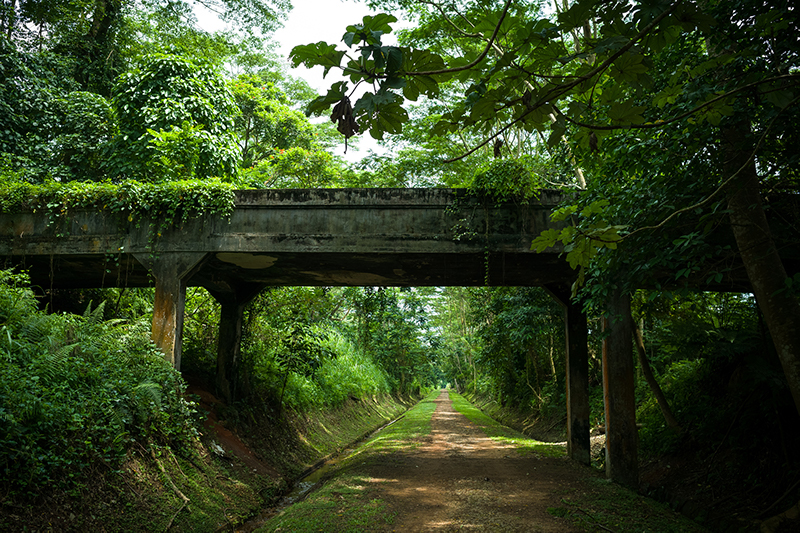 Did you always want to be a writer?

I didn’t, actually. It wasn’t until high school in my senior year that I actually discovered that I enjoyed writing. And I think it was because it was the first time I was allowed to write creatively so I remember I was assigned an essay to write about anything I wanted to and I wrote about Marilyn Monroe. And from then on, I was hooked and that’s why I decided to go to college and study media studies and really learn how to write properly. 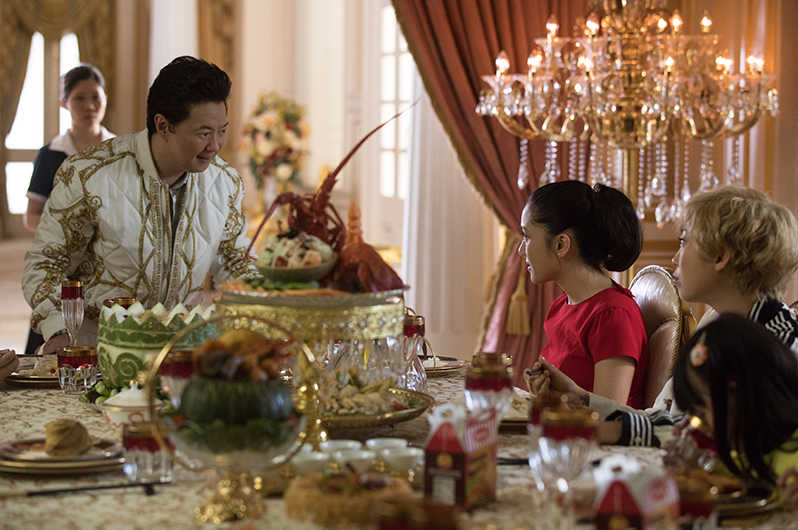 What part of your upbringing in Singapore inspired your first novel?

I think there’s so many elements in my upbringing that worked its way into the books just from things I witnessed, houses I visited, people I met – it was just such a fascinating coterie of people that intersected with my family and with my life even as a small child. Like every Sunday I would be invited to lunch by my aunt and she would host us at lunch at some fabulous restaurant or the other and her best friend was a princess from Thailand and one of her other best friends was the one of the heads of one of the oldest banks in Singapore, so at age eight I was having lunch with these amazing people who had such amazing lives. 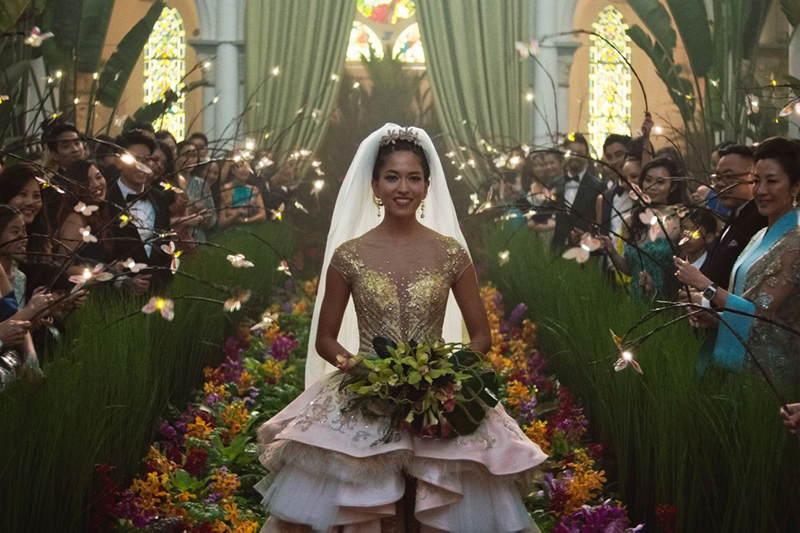 Which character do you identify with the most?

I think the character I really identify the most with is Alastair. He’s one of the minor cousins – he’s a Hong Kong cousin of Nick Young’s and he’s a young cousin in his 20s and he works in the film industry and no one understands what he does, and they’re constantly joking about it and they seem him as a bit of loser because he’s not a banker or a doctor or a lawyer, and that’s how I’ve always been in my family – no one’s ever really gotten what I do and they still don’t in many ways. 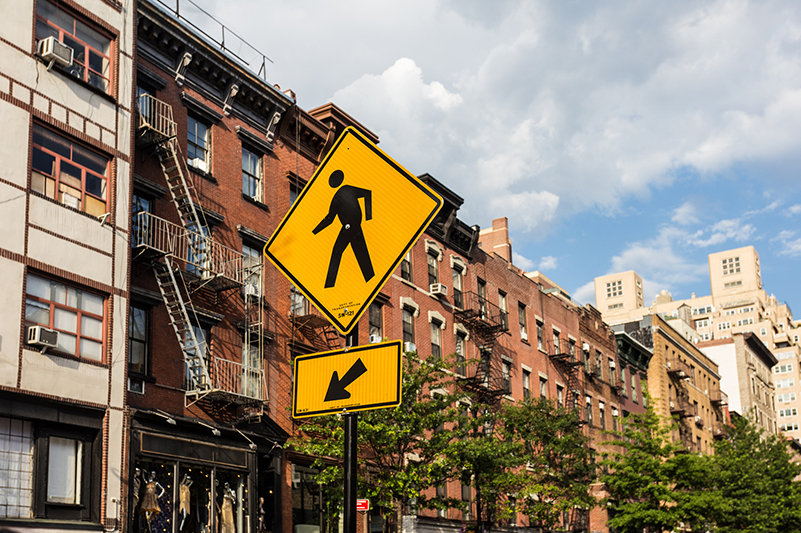 Where do you live now, and why do you love it?

I live in New York now – I live downtown in Greenwich Village – and it was always the dream. When I lived in Texas, living in suburban Houston, Texas, I was kind of miserable and I dreamed of living this life where I could hang out in the Village and stay up late and go to cafes and kind of re-live being Jack Kerouac and having that really cool experience. I love the history of the Village. I live on the same street where Bob Dylan lived and all these amazing writers I really admired. It’s great to be in this great neighbourhood, it’s so full of history and atmosphere. 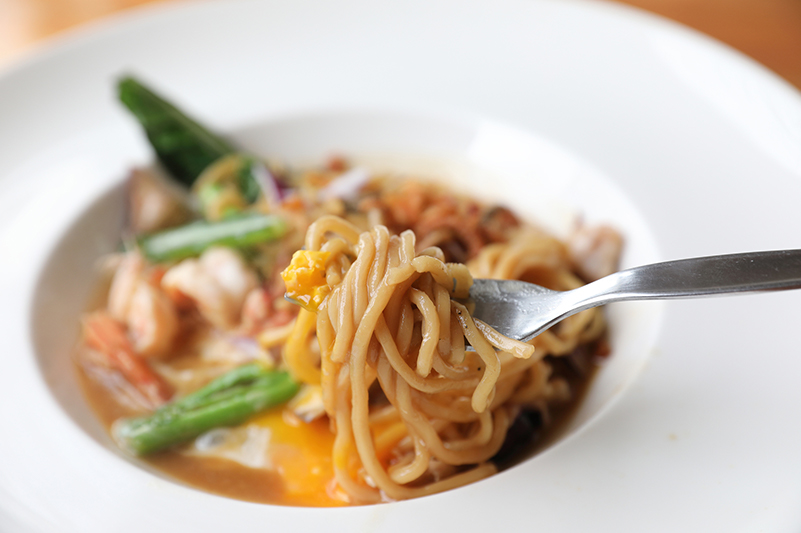 What do you miss most about Singapore? 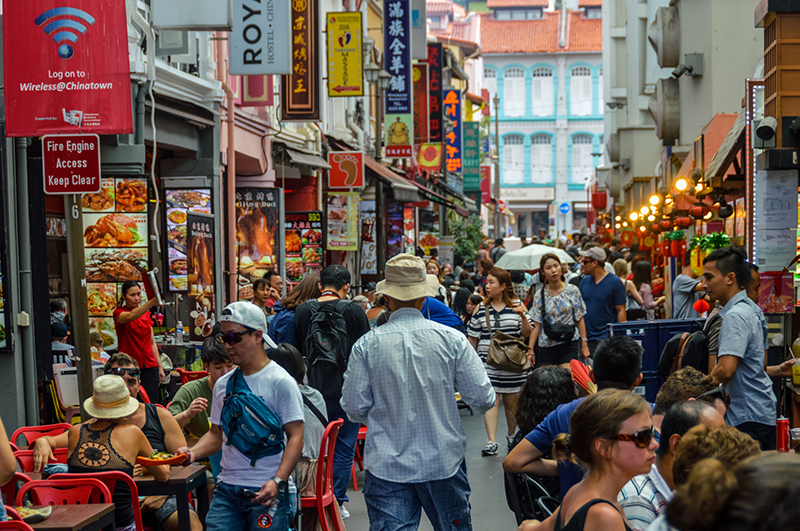 Singapore's Chinatown is one of the many hawker centre spots in the city state. (Image: Getty Images)

What’s your favourite hawker centre in Singapore, and what’s your go-to order?

It would be Newton Hawker Centre, it’s right in the middle of Singapore. It was pretty near my house and it was one of the places that we would go to at midnight to have food when I was a little kid. My go-to would be their fried noodles, the fried Hokkien noodles with lots of gravy and fishcake and shrimp, and pork, and egg – yeah, hold the bean sprouts. 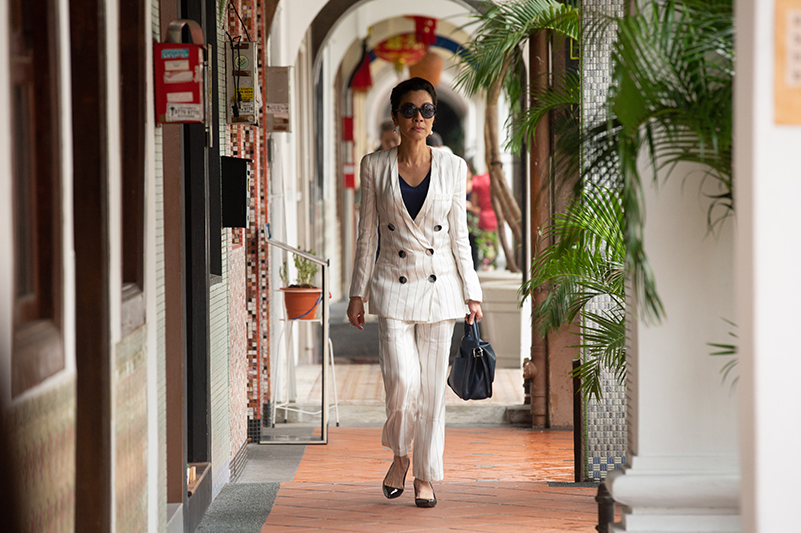 What would you recommend for a first-time visitor to Singapore?

You know it’s such a small island so full of amazing things. There’s nothing you can’t do that isn’t interesting. So, I would recommend first of all going to a hawker centre and trying 18 dishes and it’s also cheap that you’ll get away with spending less than 30 bucks and you’ll have a huge feast of 18 different dishes. 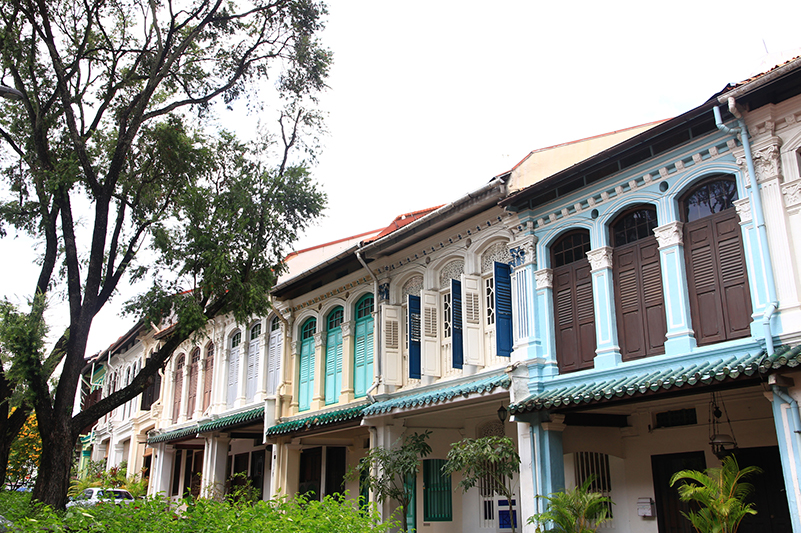 What are your travel tips for Singapore?

I really love the old historic areas, so Emerald Hill Road, for example, it’s a beautiful block of terraced houses that are historically landmarked. It’s part of these amazing Peranakan houses – these are the shophouses owned by the Straits Chinese that have all these beautiful Portuguese tiles mixed with Victorian architecture mixed with Chinese Chinoiserie. It’s a style you don’t see anywhere else on the planet. 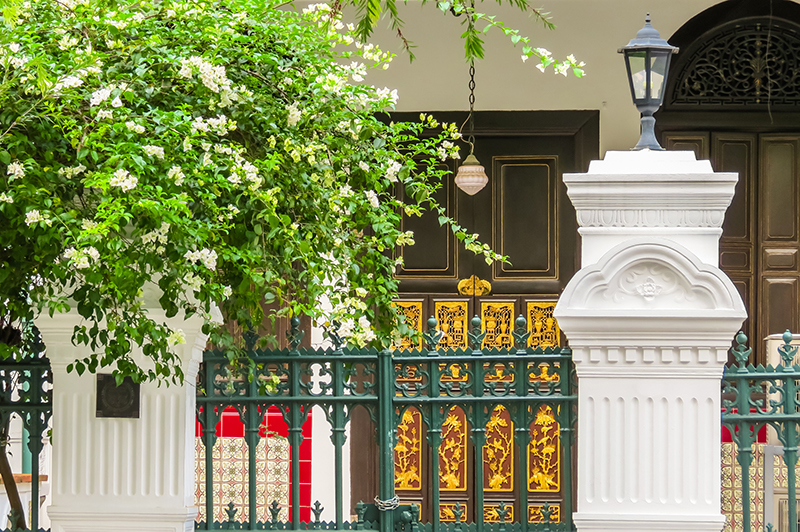 So definitely see that, definitely go for drives into some of the beautiful neighbourhoods where you see Black-and-White houses – I’m really into architecture. There’s a school of architecture where they built these beautiful wooden houses that are all black and white and they were built really with the tropical climate in mind so the breezes could go through the houses and there are these beautiful, elegant historic properties. So, explore beyond just the tourist areas and you’ll see how the gracious and crazy rich Asians live.

Travelling around Asia and the world, what are some of your favourite destinations?

I love going to Australia – Sydney’s one of my favourite cities on Earth, so I love being there. I love going to Italy and Hong Kong. Hong Kong to me is such a cool Asian city – I love spending time there. What do you love about travel?

Just the fact that every day is an adventure. And when you’re travelling, at least for me I don’t put myself on a schedule, so I just allow myself to wander and get into the feel of a place. It’s when you’re really discovering and meeting people and trying new things and just being outside of your normal schedule – to me that’s great.

How did you research the Asian locations in your book trilogy – China, Singapore, Hong Kong?

I don’t do any research in that way – I have to write about places that I’ve been to. So, if I haven’t been there myself and breathed the air, I don’t write about it. So, everything is based on memory.

We’re all anticipating the movie based on the book, Crazy Rich Asians, what’s your big hope for the film version and Asian visibility on screen?

I hope it makes a billion dollars and I really hope it will change the way people view Asians around the world and I hope it leads to a lot more work for a lot more Asian actors who can play new roles that aren’t just the stereotypical roles.